Recognizing the need for increased AIDS/HIV/STI awareness and prevention in our communities, the EEJYCS has launched the “Learn Now / Live Longer” program. The EEJYC has partnered with the AIDS Healthcare Foundation (AHF) to (1) Prevent new HIV infections, (2) Increase awareness of HIV status, and (3) Provide leadership on community solutions to HIV stigma and/or barriers to testing and care.

Prevention through education and dissemination of information and condoms, and Training/Capacity Building by creating and maintaining a trained pipeline of under-graduates for recurring engagement and establishing co-branded educational literature for distribution and future use.

EEJYC seeks to provide training and instruction to a pool of approximately fifty (50) undergraduate students, and their adult advisors in AIDS/HIV/STI awareness. The EEJYC proposes to have the Charles Drew University (or AHF) conduct two (2) training sessions to train members of EEJYC, Omega Psi Phi Fraternity, Inc., and designated community partners (approximately 50 each session, 100 total).

The EEJYC will provide supplemental training to approximately 10 graduate members who will serve as Subject Matter Experts (SME), and develop an abbreviated (1-2 hour) presentation on AIDS/HIV/STI, as well as co-branded educational materials. The SME’s will be deployed to various college campuses within the 12th district to train and support the undergraduate students as facilitators. In addition to serving as ambassadors, the undergraduate students would then be tasked to provide instruction at their respective college campuses, and the adjacent communities. The initial campus sites will be:

*Additional campuses will be developed after initial launch 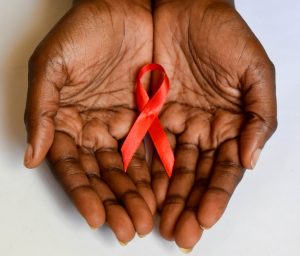 The primary objectives of this program are (1) To create a pipeline for prevention, awareness, and empowerment to at-risk, minority adolescents and young adults, (2) To create a platform for constructive dialogue to remove the stigma associated with AIDS/HIV/STI, and (3) Establish a cohort of leaders at the collegiate level to engage students on campuses and in the community.

We expect to increase awareness, stimulate dialogue, and promote expansion of AIDS/HIV/STI education through involving other members of the Pan-Hellenic (9 traditional AA Fraternities and Sororities) at the campus level, and other community based organizations that Omega Psi Phi Fraternity, Inc. partners with at the local, regional and national levels.